How to know if you need a smoke detector or a fire alarm system?

Depending on where you live or work, you will definitely need them. But under what circumstances? And is one better than the other?

TriStar Security Services is the best home and commercial security firm in Austin, Texas. Contact us today for a consultation.

Related: What Are The Different Types of Perimeter Security

What is a Smoke Detector? 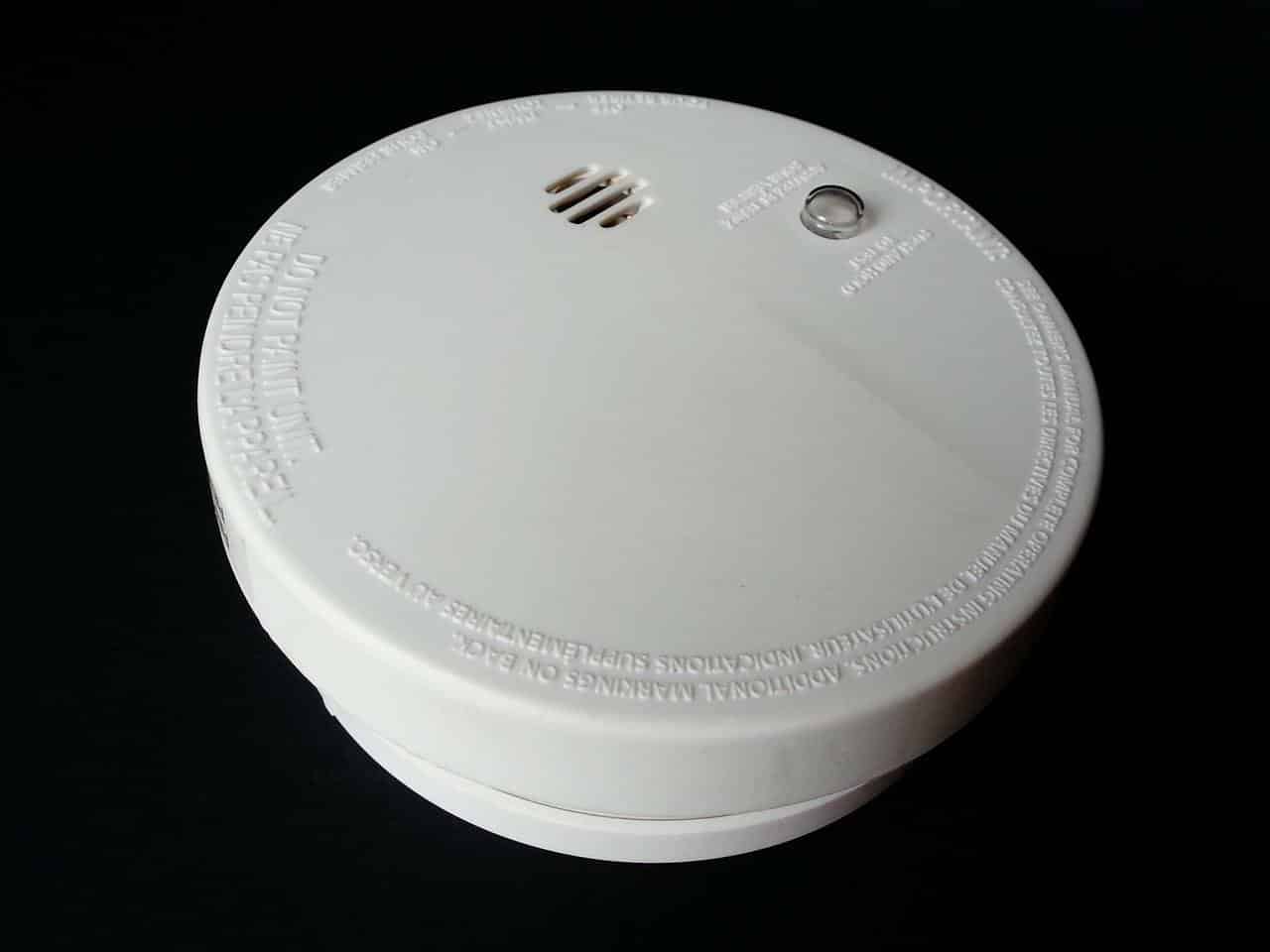 It emits a loud and attention-grabbing alarm when the internal components of the smoke detector detect the presence of minute smoke particles.

When foreign particles, like smoke particles, enter the airspace between the two chambers, they attract the ions between the plates and disrupt the flow of electricity.

As more smoke particles enter the ionized airspace between the two metal plates, the more the continuous electrical current is reduced.

And when that occurs, the smoke alarm will emit a loud alarm.

Also, do not get caught up too much in worrying about the radioactive material inside an ionization smoke detector. It’s a minuscule amount that is shielded and far less than the natural background radiation you are exposed to whenever you walk outside or fly in a commercial airliner.

The light beam chamber features a light receptor and a light beam emitter. As long as the light beam continuously strikes the receptor or detector, there is no alarm. As smoke particles and soot enter the device, it disrupts the light beam from fully hitting the detector. And as that happens, the smoke detector will emit its alarm.

Photoelectric smoke detectors are optimal in detecting smoldering fires that give off larger-sized smoke and soot particles.

Having either an ionization or photoelectric smoke detector in your home or business makes no difference. Both types of smoke devices are very smoke sensitive and reliable in detecting smoke caused by nearby fire combustion and burning.

Benefits of a Having Smoke Detector in Your Home

Your risk of perishing in a fire is 55% less if your home or building has a smoke detector in it.

About three out of every five home fire-related deaths occurred in homes without a smoke device. Over 3,700 die annually in fires.

There are almost 1.3 million fires in the United States annually.

Always place a smoke alarm on the ceiling or on a wall near the ceiling.

Test your smoke detector monthly and change its batteries when needed.

Sometimes smoke detectors can be ultra-sensitive and become a nuisance. Burning food or toast may set them off. But instead of seeing it as a nuisance, look at such instances as test runs for safety.

What is a Fire Alarm 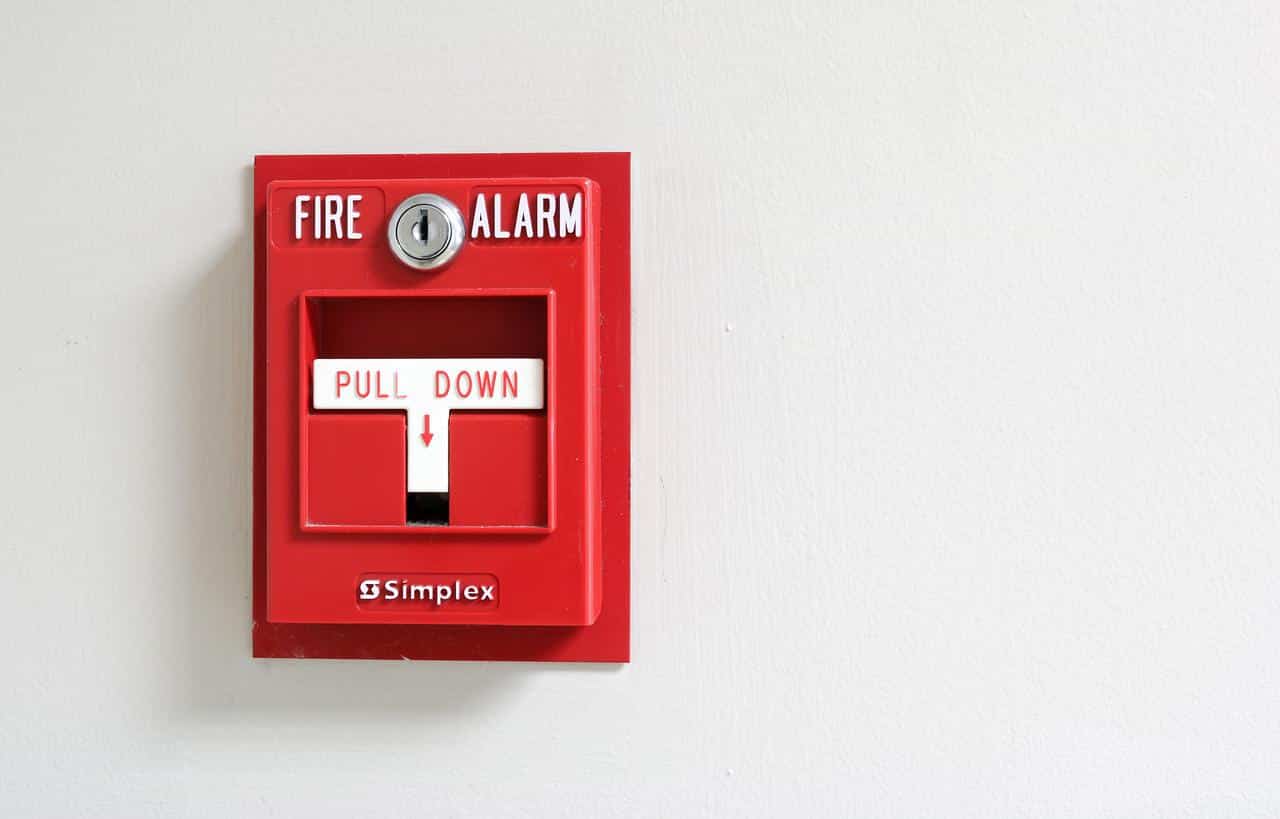 A fire alarm is a system of sensors and devices that are located throughout a building or home to detect the presence of a fire.

A fire alarm system may detect the presence of fire through heat, carbon monoxide, or smoke detection. Fire alarm systems are not just designed to detect fires. They are also used to encourage action and evacuation to safety.

Fire alarms can be initiated by manual or autonomous detection. A human being must detect the fire hazard and then sound the alarm when it comes to manual detection. But many sophisticated and automated fire alarm systems require no human intervention.

But we are getting ahead of ourselves. The second part of a fire alarm system is signaling. After detecting a fire, a human or automation sounds a loud and audibly inescapable alarm.

The third part of a fire alarm is notifying occupants. In this case, security guards or employees in designated roles will safely notify building occupants and check to see if anyone is ignoring the alarm. And this part is important in the case of false fire alarms.

A fire alarm system may blare an alarm as a test practice drill to train occupants of a building or business on how to evacuate in case of a fire. 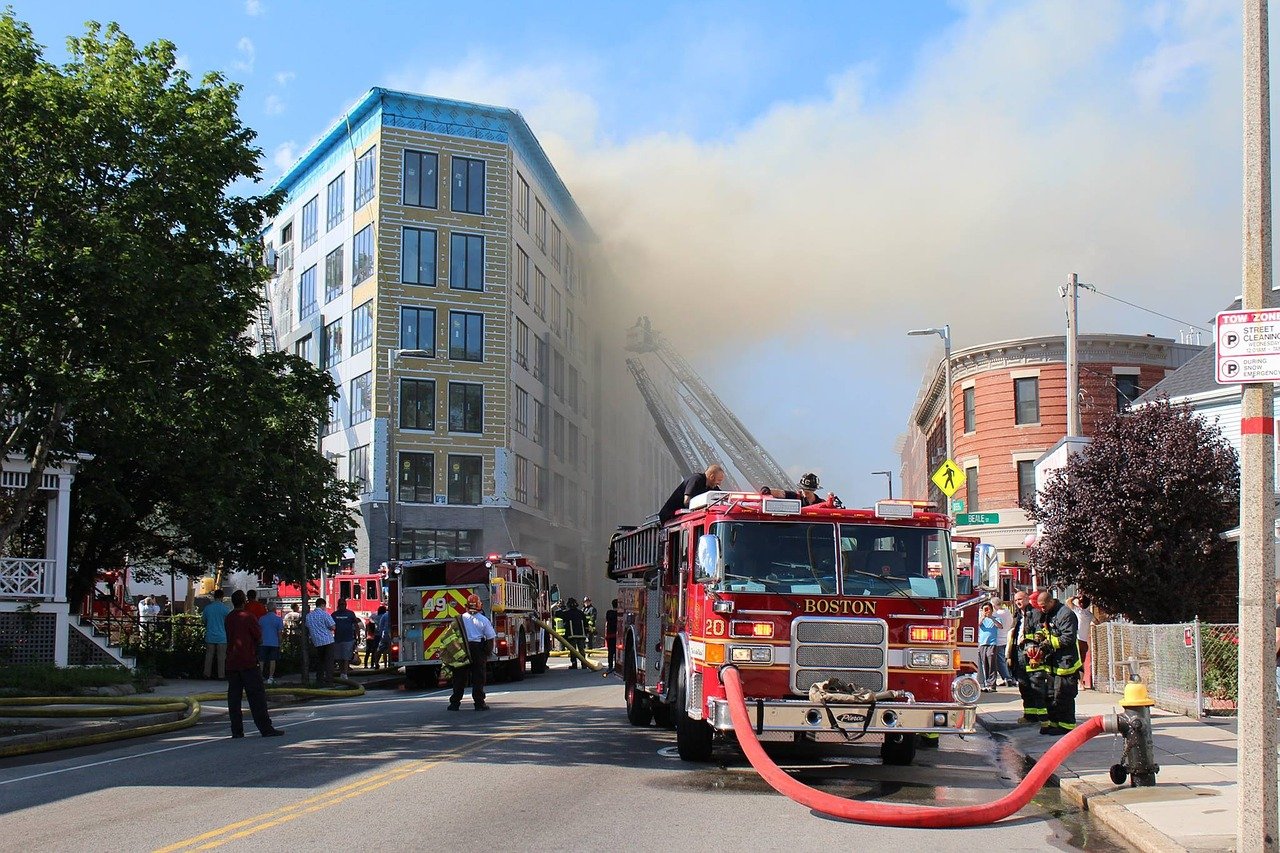 OK, so what are the differences between a fire alarm and a smoke detector?

In the most basic sense, a smoke detector is a sensor. It detects smoke emanating from fire and emits a loud alarm.

A smoke detector is designed for use in residential dwellings. And a smoke detector can be prone to multiple false alarms if one of the residents is a bad cook who burns food often. While you should have a smoke detector in your home, there is no law enforcement if you don’t own one.

A fire alarm is a serious fire safety system that is legally required to be in place in buildings, businesses, schools, hospitals, and so on.

Smoke detectors are designed to be heard by a few occupants in a home.

Fire alarm systems are designed to be heard by everyone in a skyscraper, school, hospital, or mall. While a smoke detector may awaken a few people, a fire alarm system is designed to mobilize hundreds of people at once to seek safety if there is a fire.

A smoke alarm only emits an alarm. Some automated fire alarm systems are designed to activate fire suppression systems and call the local fire department.

How Do I Know if I Need a Smoke Alarm or Fire Alarm System?

Our experienced employees will help you choose and install a smoke detector or fire alarm system according to your personal needs.